You are for sure to have your mouth water by the end of this one. Read with a tissue handy and definitely not on an empty stomach. It was pasta kind of morning at hintsoflife.com and we all share a special love for this Italian delicacy. Why not an article in its honor? Oui.

Pasta is a very commonly heard name after pizza and is relished by people all over the world. Originated in Italy, pasta has traveled long and landed on your plates or shelves and is seriously savory with the punch of sauce it is served with. Originally, pasta was not served with any kind of sauce and was eaten dry without it.

You would be surprised to know that pasta has been around for over 5000 years and dates back to the ancient Chinese civilization. However the original place where pasta breathed its first is still unknown. Pasta are also called Italian noodles and are considered noodles’ contemporary. The word ‘Pasta‘ means ‘paste‘ in Italian. It is made from dried flour of durum wheat.

Pasta and Its 2 Types

What you do with this flour of durum wheat decides what type of pasta you get. If you make this dried flour into a paste, cook and serve you have your fresh pasta and when you dry this durum flour, it turns into what is called as Pasta Secca. You can store this pasta secca and eat it anytime by bringing it to a boil. This is the pasta that is most convenient and widely used. You can identify Pasta Secca as the one you get in your packed ready to make pasta packets.

Making pasta shapes is fairly simple. Begin by preparing the dough, let it sit for a while and use various moulds or your creativity to fabricate any shape. There are hundreds if pasta shapes out there. Originally, pasta is given shape in accordance with the sauce that it is going to be mixed and served with. One ought to try a separate shape for a heavy loaded sauce and a totally different one for a light battered one. Hence, these shapes were not just randomly made but also serve some purpose.

But there are certain traditional shapes that are very commonly used. Before we indulge into this delicacy, please romanticize their names in an Italian accent internally and take a virtual tour of this mainstream Italian cuisine dish.

Farfalle, an Italian word when translated into English means butterfly. This is one of the easy to make pasta shapes that requires no mould and can be made at home. It is shaped like a butterfly and looks attractive too. Farfalle is served with a light sauce and is perfect for cold pasta

Both of them fall under strip pasta shape and are served with light sauces as well. With the spaghetti and linguine the aim is not to overload and dominate the flavors. They groove best with fish sauces.

Firstly hit open Google to hear how they are pronounced. You’d be amazed for sure! Tagliatelle and pappardelle are shaped like an intertwined ball and open up into a bit broadsheet when boiled. They are the perfect choice to go for with heavy sauces containing meat or other chunks as they readily soaks up the juices. They are prepared with egg and they pick the flavor of the sauce better than any other pasta shape.

These are the pastas in the form of little hats or bowls (if you like at it the other way). Orecchiette is Italian for “little ears”. These cute little pastas have a little groove in the middle that acts like a bowl to pick up chunks in your sauces, meat, mushrooms and lentils to begin with.

These made from a mixture of egg, potato and flour. They look like a freshly peeled scoop of butter. Also made for heavier sauces, gnocchi has a bit softer texture to it.

For sure this is the pasta shape you are most familiar with. Penne is shaped like a tube, cut diagonally from both sides. Most ready to eat pasta comes in the penne shape. They can be used with either sauces and enjoyed as a topping too. Penne fall in the most classic restaurant staple pasta shape.

Another staple pasta shape, fusilli is spiral shaped and is widely prepared with tomato, capers and tuna sauce.

Now you can enjoy your pasta better with all the knowledge you acquired about it. Even better? Boast about in front of your friends! 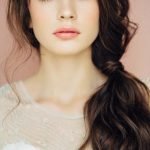 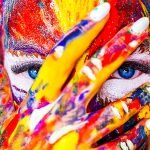