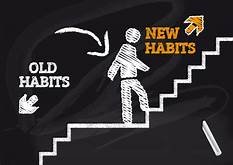 Akshay knew he was going to die.

Things were a blur and he couldn’t think beyond this moment.

The last thing he remembered was being rushed in through the operation theater doors.

Blinking under the lights now, he was thankful. The doctors had done a miraculous job of keeping him alive.

Life gives you time to think when you are unwell. Akshay got too.

Being a brilliant student, he had scored a corporate job right out of college. It had been 7 years since he had started his career. He wasn’t happy or unhappy with it. It was a mix of both, depending on the situation.

Even though he had always wanted more, he couldn’t really pinpoint, couldn’t really put his hand on what he wanted and why he wanted it– if there was something he desired. He hand drunk himself almost every day over this. Sometimes binge drinking, getting wasted and never changing a thing.

Now blinking under the operation lights with regret clouding over, he resolved “Never again, I want a life.”

Over the next few years, he worked hard, moving the corporate ranks, giving himself to the opportunities that came his way. He didn’t wait anymore for things to come to him. He didn’t live for the weekends.

A lot of us may see part of ourselves in one way or the other in Akshay. We want fulfillment in what we do– be it our activities, jobs, the relations we keep, with what we eat, the kind of body we have and other areas of our unique lives. Being truly rich and successful includes-

Table of Contents show
1 Financial freedom
2 Meaningful relationships
3 Enriching your health
4 Enjoying a rich balance between your career and personal life.
5 But here’s the thing: bad habits die hard
5.1 Things will be tough for the first week or two.
5.2 The more often you show up on time the easier it becomes. Before you notice, it becomes your new normal behavior.
6 TAKING THE STEPS TOWARDS SUCCESS

Enjoying a rich balance between your career and personal life.

As creatures of habit, we have predictable lives and predictable results; if you are not happy with these results, then something has to change.

Bringing about a change can be tough initially,  but once a new habit is formed, it’s your new normal behavior.

Say, if you always show up late for work, you probably have elevated stress levels and just want to avoid your boss. To improve this, you need to commit to arriving 10 minutes early to the office every day for the next four weeks.

Discipline is self-love. When you reprogram yourself to go through this process you’ll notice two things:

Things will be tough for the first week or two.

The more often you show up on time the easier it becomes. Before you notice, it becomes your new normal behavior.

It only requires you to commit to change. Easier said than done, I know…

Take things one by one. It’s not as if you’ll be able to change your habit of waking up late you’ve had for years in one day. According to studies, it takes an average human 21 days to develop a new habit. Be patient with yourself.

TAKING THE STEPS TOWARDS SUCCESS

Improving yourself is a three-step process-

The idea of being a different person than you were yesterday- in a successful way- is exhilarating. 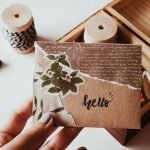 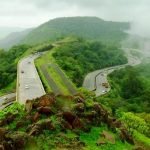