Source: Eat This, Not That
0
SHARES
ShareTweet

A wise person once said,

“Cake is the answer no matter what question.”

I am sure these words will resonate with you as much as they do with me. The person who invented the cake cannot be human. He or she had to be a cosmic being from another planet. Because the goodness that is cake, be it any kind, is truly a godsend. The cake is like a little superhero. When life puts a little damper on you, eat cake. When you are happy and elated, spread that joy and eat cake. No matter what, eat cake!

I have no idea why the tradition of eating cake, especially on birthdays and other celebrations, was made. The tradition should be modified to eating cake every day. But because we do cut cakes on our birthdays, have you ever wondered why we do so? Well, read ahead of the history of birthday cakes.

Table of Contents show
1 Etymology And Origin Of Cake
2 What Were Cakes Baked For?
3 Why Are Cakes Round In Shape?
4 What About Candles?
5 Superstitions Around Cakes

Etymology And Origin Of Cake

What Were Cakes Baked For?

The Romans used honey, flour, and yeast to make cakes for occasions like birthdays of cities and temples, weddings, and 50th birthdays, but the 50th birthday was celebrated only for famous men. Women had to wait for a long time for this as well! The Greeks, on the other hand, baked round cakes in honor of Selene, the Goddess of the moon.

While in Germany, in the Middle Ages, cakes were made in the form of Baby Jesus in swaddling clothes in honor of his birthday. Later, this tradition was modified, and cakes were used to celebrate young children’s birthday. The Germans made the Geburtstagorten. It is not something strange or weird. It is simply a layered cake that the Germans are believed to have made. This cake was softer in texture and sweeter in taste compared to the previous versions of cakes made in the Middle Ages and the periods after that.

It was only because of the industrial production that cakes were made for everybody due to mass-produced and availability of better raw material.

Who would have thought about this history of birthday cakes as well?

Why Are Cakes Round In Shape?

Before science jumped in and helped us provide a wide array of molds shaped like hearts, stars, and whatnot, cakes were round in shape as we know. But do we know why?

Well, you already know that cakes were made in honor of the Moon Goddess, Selene. The Greeks made their cakes round resembling the moon as a homage to the Moon Goddess. However, some believe that cakes were round because they depicted life in its truest form as cyclic yet sporadic. Who could have thought cakes had so much depth and meaning behind them?

And guess what? They lit candles because they were reflective of the moon’s glow or, to be more precise, the ‘Light of the Moon.’ They used to take their cakes as offerings to the Moon Goddess and the temples dedicated to her. They believed the fumes from the candle were carrying their wishes to the Gods above.

On the contrary, the Germans lit candles because they considered them to be symbolic of the ‘Light of Life.’ What is even more intriguing is that the Germans did not blow the candles at all. They let them burn all day and blew them off only when the cake was eaten, typically after dinner.

The medieval ages were a strange time to live. They were accompanied by superstitions around anything and everything. And yes, that means cake too! In England, people put things like rings, coins, thimbles, etc. in the batter, and there were beliefs associated with what you found in the cake. If you found a coin, it was believed that you would be wealthy. If you found a thimble, it meant you would never be able to marry. On the other hand, the ring indicated wedding bells. Then, there was also the superstition of the falling cake while it was being baked, which was warning bells for a bad evil.

All in all, the history of birthday cakes is definitely interesting. 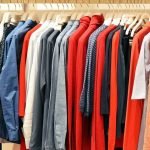