Dreams are fascinating. There is an underlying mystery behind dreams with regards to why we dream, why some dreams occur more than others and so many more. Believe it or not, there are people called oneirologists who scientifically study dreams. Imagine studying and interpreting dreams for a living. So cool!

Moving on the subject of this piece, they are truly mind-boggling. Don’t believe me? Read these cool and some creepy facts about dreams.

Table of Contents show
1 FACT 1: Everybody Dreams. Yes, You Too!
2 FACT 2: Dreams Are Meant To Be Forgotten
3 FACT 3: For Some, Dreams Are In Black And White
4 FACT 4: You Are Paralyzed When You Dream
5 FACT 5: No Snoring!
6 FACT 6: Blind People Can Dream Too
7 FACT 7: Dreams Might Even Give You A Sense Of Déjà Vu
8 FACT 8: You Will Dream About Familiar Faces

FACT 1: Everybody Dreams. Yes, You Too!

Well, fact 1 is pretty self-explanatory. Researchers have found that everybody dreams, some just tend to forget them. What is more shocking is how much time we spend dreaming in our lives? Come on, try to guess.

We dream for about 6 years in our lives on an average. 6 years is an achievement and this record is going to be broken by one of us according to me based on the naps that we keep on taking during this quarantine period. Researchers say that we dream for about two hours a day, with several dreams of 5-20 minutes interspersing your sleep at different intervals.

FACT 2: Dreams Are Meant To Be Forgotten

We tend to forget 95% of our dreams. And this is not because we are stupid. It is simply because our brain is programmed to do so. Researchers have been able to decode brain scans that reveal that the frontal lobes, that play an active role in memory formation, are inactive while a person dreams. That is why we forget most of it as soon as we wake up.

FACT 3: For Some, Dreams Are In Black And White

Yes, while an overwhelming number of people dream in soft pastel colours, there is a small number that dreams in black and white and that is nearly about 12%. This is attributed to a study conducted in 2008 which concluded that this is primarily because of the black and white television that these people had access to a quarter of their lives.

FACT 4: You Are Paralyzed When You Dream

Sounds horrifying and creepy, to be honest. But a part of our sleep cycle known as REM or rapid eye movement tends to relax the muscles and immobilizes the voluntary muscles. This is known as REM atonia and happens because of the lack of stimulation of our motor neurons.

You might have felt this eerie feeling when you are dreaming and are trying hard to move but feel as if you have been paralyzed. This feeling is called sleep paralysis and is perfectly normal, despite the intensity of scariness.

Some studies have found that people do not snore while dreaming. Mind-boggling, is it not? There is no conclusive reason as to why this happens. Well, the bottom line is that it is what it is.

FACT 6: Blind People Can Dream Too

There have been studies where the participants who have been blind since birth have alleged that they can dream. However, a noteworthy observation is that during REM, a part of the sleep cycle in which humans dream the most and is thus, characterized by rapid eye movement, their eye movements are lesser. But visual content was observed. Cool, isn’t it?

FACT 7: Dreams Might Even Give You A Sense Of Déjà Vu

Some might even say that dreams let you predict stuff. To be more precise, have you ever felt that eerie feeling that you have been in a certain place before or you have done a certain thing before? Well, you can say precognitive dreaming can make you familiar with a certain instance, place or activity that you might be stuck in, at, or doing in the near future. It can give you some sense of familiarity with the future, making you feel déjà vu.

FACT 8: You Will Dream About Familiar Faces

Truly, dreams are fascinating and, on that note, continue dreaming and verify these facts for yourself.

Since dream journaling is highly recommended, you may read about journal writing. 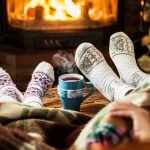