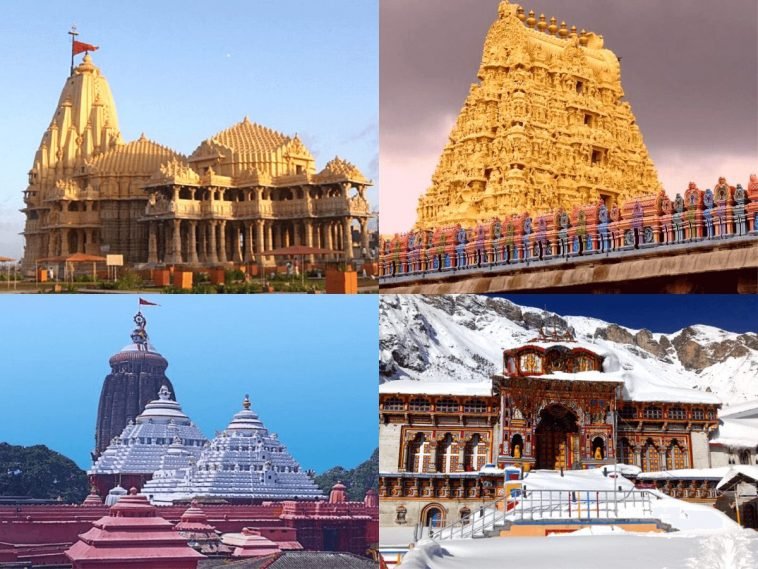 Moksha is the ultimate aim of human life. Each religion is the path one takes to achieve moksha or salvation. Every religion has a sacred pilgrimage, the holy journey to places where their deities reside or once resided, expressing their devotion.

Living in India, you must have heard about the chaar dhaam yatra.

Where are these dhaams located? What is the purpose of the existence of chaar dhaams? What do they signify?

Read this article to discover the answers to these questions.

Table of Contents show
1 What Is The Purpose Of The Hindu Pilgrimage?
2 What Are The Chaar Dhaamas?
2.1 Badrinath Temple
2.2 Dwarka
2.3 Rameshwaram
2.4 Jagannath Puri
2.5 Chota Chaar Dhaam
3 Experiencing The Divine Echos

What Is The Purpose Of The Hindu Pilgrimage?

According to Hindu mythology, a person can free himself from the vicious cycle of birth and death by attaining salvation. The pilgrimage is considered the path to salvation.

Belief is that yielding all the desires and devotion to Him, in the sacred chaar dhaam yatra, washes the sins of all life, and saves the afterlife.

Visiting the Chaar Dhaam with dedication brings peace, tranquility, and satisfaction in your soul.

Chaar dhaam is a way adopted by God to bless their devotees and praise their worship.

It brings clarity of mind, and the tranquil journey relieves all the stresses of life.

What Are The Chaar Dhaamas?

According to Hindu mythology, there are places where deities once resided, providing religious significance to these places, which are chaar dhaamas, 12 jyotirlingas, and 51 Shaktipeeths.

Hindu mythology emphasizes visiting the four dhaamas described by Maharishi Shankaracharya once in a lifetime as being a way of attaining salvation (moksha).

Badrinath temple serves as the northern winter dhaama mentioned by Shankaracharya. It is opened only from April to October due to extreme weather conditions.

It is the shrine of Vishnu, situated between the seraphic hills of Nar and Narayana, at an altitude of 3133 m, in the Garhwal hill region of Uttrakhand.

Among other popular venerated sites of Badrinath are Vyasgufa, Charan paduka, Matamoorti, and Bhimkund.

Dwarka is the major vicarage of Lord Krishna situated at the point where the Gomti river falls into the Arabian sea in Gujarat.

After being submerged in the Arabian sea six times, it has been reconstructed for the seventh time.

Situated on the tip of the Indian peninsula in the Gulf of Mannar in Tamil Nadu, Rameshwaram is the southernmost point of Chaardhaam.

It is the place where Shri Ramchandra began to construct Ramsetu to Srilanka, to bring back Devi Sita.

According to mythology, the great Ramanatha Swamy Temple situated here was dedicated to Lord Shiva by Lord Rama. It is also one of the 12 Jyotirlingas.

Jagannath Puri is the easternmost chaardhaam situated at the coasts of the Bay of Bengal in Odisha.

This solitary place is renowned for worshipping Lord Krishna in his Jagannath avatara, along with sister Subhadra and brother Balabhadra.

It is one of the oldest shrines of Lord Vishnu constructed by King Choda Ganga Deva and King Tritya Ananga Bheem Deva.

Apart from the four abodes of Hindu pilgrimage, a mini sacred pilgrimage called Chota Chaar Dhaam encompassing four destinations in Uttrakhand amidst the scenic and peaceful Himalayan range is also prevalent.
The four spots, according to legend, are seat to two Shakti (Yamunotri and Gangotri), one Badrinath, and the last to Kedarnath. Their popularity stems from their ease of accessibility and low-budget itinerary.
They remain closed in winters due to heavy snowfall in the Himalayas but open around the summers when the snow has melted down.
The significance of this site lies in the history behind them.

Yamunotri, the sister of Yamdev, blesses one with long life and wards off untimely death. Gangotri is the site of origin of the holy river Ganga. Therefore, bathing there removes all the sins, granting purity to aatma (soul).

Kedarnath temple is built near the Mandakini river by the Pandavas, the temple of Lord Shiva, the Lord of KedarKhand. The most revered among the 12 Jyotirlingas, Lord Shiva is worshipped here in Sadashiva form. Located at the height of 6,940 meters on the Kedarnath peak has powerful positive radiations and thunderous aura in the atmosphere.
According to legend, Badrinath is the favorite spot of Lord Vishnu. It is home to Nar Narayana temple, where Vishnu had meditated for thousands of years.

Pilgrimage helps one experience the power, knowledge, and strength of the spiritual way of life. It instills faith and devotion towards the sustainer, Lord Vishnu, the creator, Lord Brahma, and the destroyer, Lord Shiva.

Worshipping can be accomplished through meditation, praying, festivals, chanting mantras, and keeping the soul away from any negative thoughts.

There are many Hindu pilgrimage sites across India like Vrindavan, Varanasi, Rishikesh, Amarnath, Kedarnath, Mathura, Pushkar, Kashi, and many more; the purpose is to enlighten oneself with the truths of the world and enhances the positive energy and humanity inside.

Next time you make travel plans, keep the chaar dhaams in the itinerary! 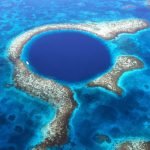 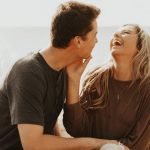