If its something to do with food, very few would pass. Specially if they are bagels. We at hints of life have a routine to get bagels and macarons for the star employee of the month! Treat yourself with a bagel and give yourself a cheat meal. For those who are clueless , we have rounded up a crash course. Here’s everything you need to know about the polish treat that took New York by storm.

First of all, let’s get one thing out of the way. When it comes to bagels, there are two very different variations: the mass-produced ones wrapped that are available in plastic on grocery store shelves (think Lender’s), and the real ones, that are made from scratch in bagel shops and sold (if you’re lucky) still piping hot. The former is, unfortunately, how most of us are introduced to bagels, and the latter is (also, unfortunately) found mostly in the New York metropolitan area and a few scattered hotspots throughout the country. But if you ever find yourself in a place with great handmade bagels, don’t pass up the opportunity to try one.

What Actually is a Bagel?

It’s basically a bread that was originated from the Jewish.

is a bread product originating in the Jewish communities of Poland? It is traditionally shaped by hand into the form of a ring from yeasted wheat dough, roughly hand-sized, that is first boiled for a short time in water and then baked.

The result is a dense, chewy, doughy interior with a browned and sometimes crisp exterior. Bagels are often topped with seeds baked on the outer crust, with the traditional ones being poppy or sesame seeds. Some may have salt sprinkled on their surface, and there are different dough types, such as whole-grain or rye. Bagels are eaten toasted or untoasted.

7 Things You Didn’t Know About Bagels

1. Bagels a perfect present for preggos

Bagels came into existence in the 1610 in Poland, which indicated that women who had recently given birth should be presented with bagels as a suitable gift.

The word “bagel” is derived from the German word “bougel,” which means “bracelet,” also called “beygl”— so while inventing it bakers can let their imaginations run wild when it comes to flavors, the shape is not so negotiable. “Round with a hole” is a part of a bagel’s identity.

3. Should know the difference between a bagel and a bialys

Bagels and bialys are both yeasty, circular breads origins from the Polish , but bialys totally neglect the important boiling step that’s necessary to make a bagel. Moreover, in place of a hole, a bialy has a slight filling with a mixture of onions, garlic, or poppy seeds. It’s delicious, but it’s not as bagel

Due to the bagel’s unique multi-step cooking process, bagel bakeries usually hired men to produce : there were two men who rolled and shaped the dough, the first person is called a “kettleman” who boils the bagels, and the second person is called an “oven man” who ensures that they were baked perfectly.

5. Bagels have made it to space

Not kidding! but its a fact that in June 2008, Canadian astronaut Gregory Chamitoff flew off to the International Space Station with 18 sesame bagels as he was allowed of his personal cargo allowance. The bagels came from his cousin’s bakery in Montreal—which means the astronauts have took bagels on space. Way to go astronauts!

6. Americans warmed up to a frozen version

While there’s no occasion on which fresh-baked is not available, sometimes a bag of bagels from market is the only available option. For that convenience, thanks to Harry and Murray Lender and Florence Sender, who invented mass production and freezer storage . Even more amazing was their decision to slice the bagels for easy preparation.

So after reading the above facts you would definitely want to eat a bagel , and you sure should try one. Especially all the foodies out there! Write to us why bagels are your favorite and where do they make the best ones! 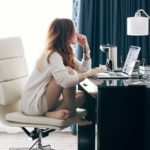 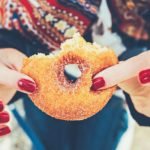